If you accept climate disruption, then there will be development disruption: DSDS 2015

February 07, 2015
Uttarakhand News - Heads of State, Nobel Laureates and thought leaders converged at the landmark 15th Delhi Sustainable Development Summit 2015 (DSDS) to find solutions for some of the key issues that will shape our global planet. This flagship event of The Energy and Resources Institute (TERI) provided a unique platform to further the developmental discourse on ‘Sustainable Development Goals and Dealing with Climate Change’, the theme this year. The DSDS 2015 assumes significance as the post-2015 development agenda is being finalized -- the United Nations General Assembly (UNGA) is expected to adopt the new set of goals in September 2015 and the climate negotiations (Conference of Parties – CoP21) will be held Paris later this year.

Dr R K Pachauri, Director-General, TERI, said: “The IPCC reports have proved beyond doubt that if we don’t take immediate measures, the future will be catastrophic. But climate change also offers an opportunity of co-benefits – investing in clean and affordable energy sources like solar and wind power can curb greenhouse gas emissions, and clean transportation systems such as trains and cycling can reduce air pollution woes and improve public health. DSDS is a reaffirmation of the support that TERI receives from across the globe.” Said Mr Prakash Javadekar, Hon’ble Minister of State for Environment, Forest & Climate Change, India: “Growth has brought in a scenario where inequities are growing. This has to be taken up in the development discourse. Prime Minister Narendra Modi has said that we are suffering due to the pressures created by climate change. We have the responsibility to improve the lives of the future generations. We have already taken the clean energy path – we have enhanced our renewable energy commitments and launched smart cities.”

“All countries have been affected by air pollution. Clean air must be a birthright for all. We need to work towards clean air, water and energy for all,” Mr Javadekar added.

Said Mr Suresh Prabhu, Hon’ble Minister for Railways, India: “Climate change is a scientific reality. If we delay action, the repercussions will be disastrous. We need to find a unified solution to tackle climate change innovatively. We need to move towards a low carbon economy and this has the potential to create new employment opportunities.”

Delivering the special address, Mr Arnold Schwarzenegger, Founding Chair, R20 – Regions of Climate Change, & Former Governor, California, said: “Climate change is no science fiction. We need both a bottom up and a top down approaches. India will be a major player in the climate negotiations. We need action, not hesitation.”

Delivering the inaugural address, HE Mr Laurent Fabius, Minister of Foreign Affairs and International Development, France, & Former Prime Minister, France, & President, COP 21, said: “2015 will be a decisive milestone for climate change and sustainable development. The scientific community has done its job. Now governments and the corporate sector must play its part. If you accept climate disruption, then there will be a development disruption.”

Said Dr Annapurna Vancheswaran, Director, Sustainable Development Outreach Division, TERI: “DSDS is the foremost forum to deliberate on critical environmental and developmental problems. Having been part of every edition of the DSDS, I can say the journey has been fascinating.”

At a special session ‘Leaders’ Speak’, Nobel Laureate Prof. Yuan Tseh Lee, President Emeritus and Distinguished Research Fellow, Academia Sinica, said: “Climate change is the biggest enemy of the planet. It cannot be solved by the scientific community, but by everybody. To be successful, we have to be organized and work together. Population explosion and consumption explosion has overloaded the Earth with many dangers. We need to wake up to this crisis.”

Said Nobel Laureate Mr Kailash Satyarthi, Founder of Bachpan Bachao Andolan & Chairperson, Global March Against Child Labour, India: “A large number of girls have been abducted and taken hostage by the ISIS. Parents said that they sent their girls in uniform, but they returned in coffins. We live in a world where children are sold as animals, sometimes even less than animals. The biggest crime is denying the child a chance to dream.”

Among the highlights of the day was the release of TERI publications – Global Sustainability Report and an Energy Security Atlas.

The Energy and Resources Institute (TERI), since 2001, annually organizes the DSDS, an international platform to facilitate the exchange of knowledge on all aspects of sustainable development. Over the past 14 years, it has emerged as one of the foremost institutions on issues of global sustainability. The flagship event of TERI brings together various Heads of State and Government, thought leaders, policymakers, and the crème de la crème of industry and academia to deliberate on myriad issues. Till date, the Summit has hosted over 36 Heads of State, ministers from over 50 countries and delegates from across continents. The Summit has evolved as a significant congregation of leaders from the fields of polity, economy, academia and civil society to deliberate on issues related to sustainable development. For more information, please click: http://dsds.teriin.org/2015/

The Energy and Resources Institute (TERI) is an independent, not-for-profit research organization deeply committed to every aspect of energy, environment, and sustainable development. From providing environment-friendly solutions to rural energy problems, to helping shape the development of the Indian oil and gas sector; from tackling global climate change issues across many continents to enhancing forest conservation efforts among local communities; from advancing solutions to growing urban transportation and air pollution problems to promoting energy efficiency in Indian industries, the emphasis has always been on finding innovative solutions to make the world a better place to live in. All activities at TERI move from formulating local and national–level strategies to suggesting global solutions tackling critical energy and environment related issues.

Headed by Dr R K Pachauri, also the chairperson of the Nobel Peace Prize winning climate change body, the Intergovernmental Panel on Climate Change (IPCC), TERI has emerged as an institution of excellence for its path-breaking research, and is a global brand widely respected by political leaders, policymakers, corporate entities as well as the civil society at large.

Popular posts from this blog 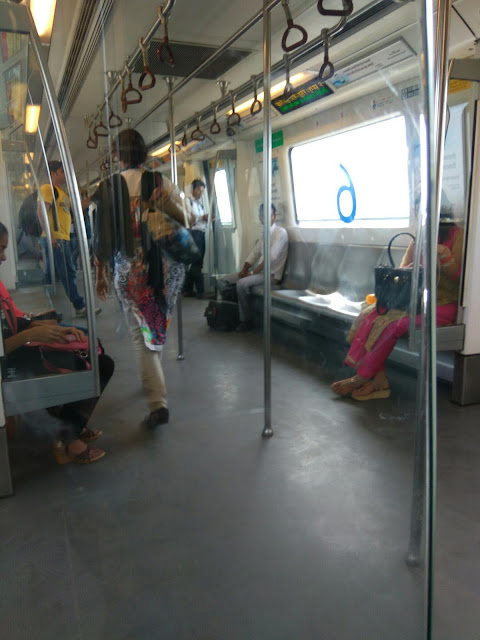